Congratulations to John Leonard and Dan Lemieux, winners of the Asham Coach Award.  Asham provides this award annually to a coach of a male Junior team and of a female Junior team at all Provincial Junior (U21) championships.

The coaches are nominated by their peers and the winners were acknowledged at the banquet at each event.  Some of the criteria for nomination include:

Demonstrating respect for officials, opponents, host committee, curling association; demonstrating a philosophy of fair play, sportsmanship, and attitude that reflects the coaching code of conduct; concern for all-round athlete development, presenting a positive image of coaching, demostrating ability to improve athletice performance of a team or athlete; and demonstrating the ability to apply athlete development and coaching techniques as outlined in the National Coaching Certification Program. 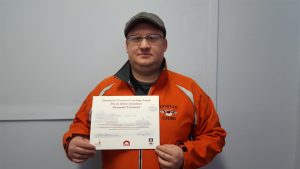 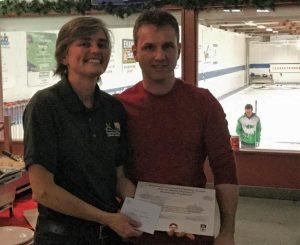