Thunder Bay to Play Host to 2021 Scotties Tournament of Hearts 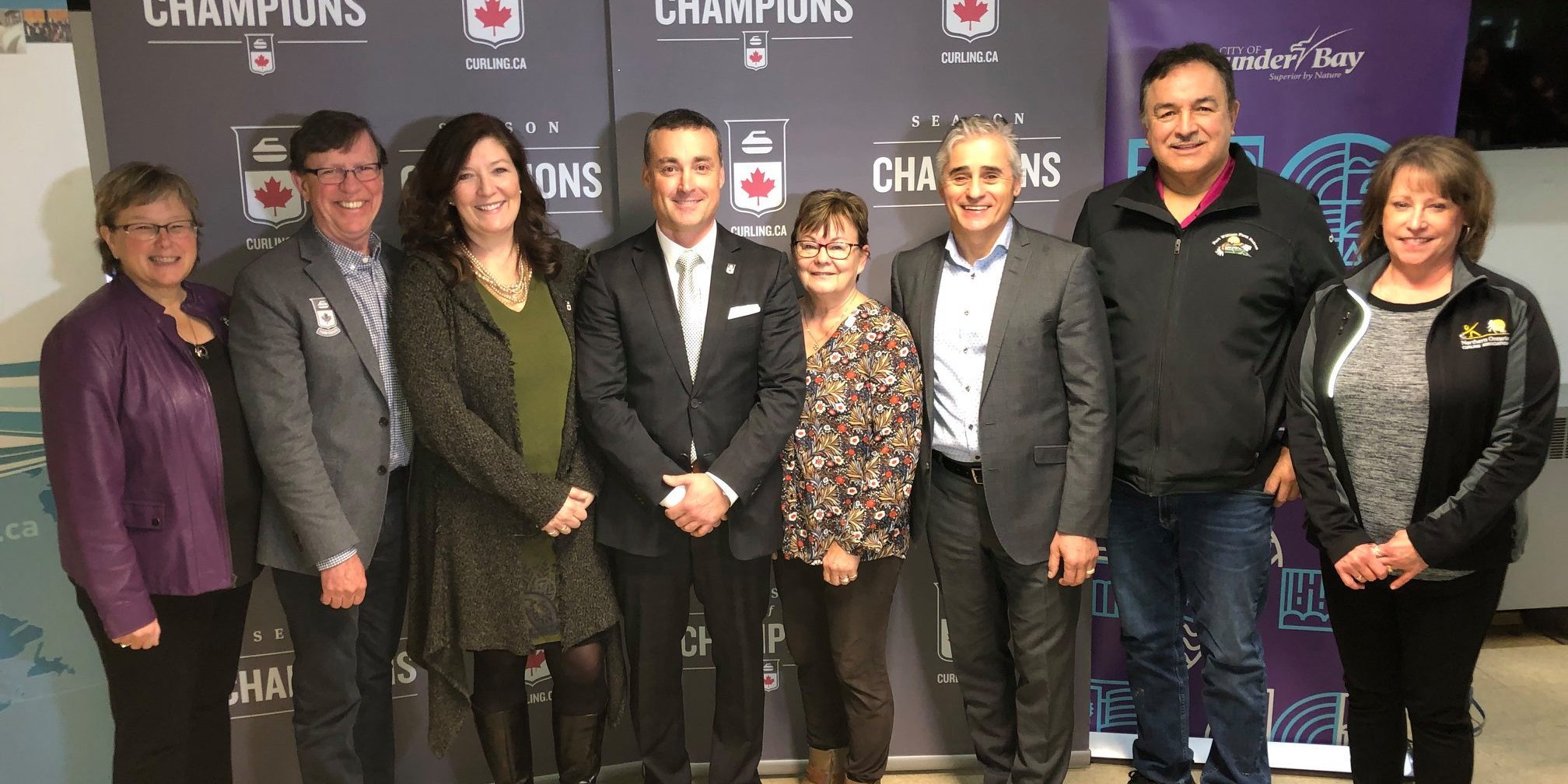 The following story was written by Curling Canada

It will be a landmark edition of the Scotties Tournament of Hearts when the 2021 Canadian Women’s Curling Championship is staged in Thunder Bay, Ont., it was announced today by Curling Canada.

The 2021 event, which will be played Feb. 20-28 at the Fort Williams Garden, will be the 40th edition of the Scotties Tournament of Hearts — the longest-standing sponsorship of women’s sports in Canada.

And while that alone will be cause to celebrate, there will be plenty on the line for Canada’s best women’s curling teams in Thunder Bay next year.

There will be a Canadian title up for grabs, obviously, which carries with it the right to compete as Team Canada at the 2021 LGT World Women’s Curling Championship in Schaffhausen, Switzerland.

As well, the 2021 Scotties winner will return to the 2022 Scotties as the defending champion Team Canada.

Additionally, the winner of the 2021 Scotties will receive a direct-entry berth into the 2021 Tim Hortons Roar of the Rings, presented by AGI, in Saskatoon, where Canada’s four-player teams for the 2022 Winter Olympics in Beijing will be decided.

The Scotties Tournament of Hearts is returning to the Fort William Gardens for the first time since 1996.
“Thunder Bay has produced so many wonderful curlers over the years, and I know that region has been clamouring to host a Curling Canada championship for many years; it will be a great location to celebrate our 40 years of working together with Kruger Products,” said John Shea, Chair of Curling Canada’s Board of Governors. “There is a committed group of volunteers and fans who I know will be getting to work immediately to make the 2021 Scotties a huge success.”

Kruger Products first sponsored the Canadian women’s championship in 1982 at Regina, and since then the Scotties Tournament of Hearts four-heart logo has become iconic in the sport of curling.

“Kruger Products is very excited that 2021 will mark four decades of proudly supporting women’s curling,” said Nancy Marcus, Chief Marketing Officer at Kruger Products. “We are looking forward to celebrating the 40th Scotties Tournament of Hearts in Thunder Bay. As a Canadian company we are pleased to continue supporting the great game of curling and will look forward to seeing the top female athletes compete for the national championship in Thunder Bay.”

The Fort William Gardens is a classic building that seats just over 3,300. Opened in 1951, the building’s main tenant is the Lakehead University Thunderwolves.

“Thunder Bay is very proud that Curling Canada has selected our city to host this major national curling championship,” said Mayor Bill Mauro. “We are excited to share our renowned hospitality with players, their families, and curling fans from across Canada. Twenty-five years ago we played host to the Scotties, and despite one of our biggest snowstorms in decades, the event was truly memorable. With our slogan Superior by Nature, you can count on Thunder Bay to live up to its reputation and once again provide a superior experience for all visitors.”

It will be the second time the Scotties has been played at the Fort William Gardens; in 1996, Ontario’s Marilyn Bodogh captured the Canadian championship. As well, the 1960 Brier (won by Saskatchewan’s Ernie Richardson), the 1976 Canadian Junior Women’s Championship (won by Saskatchewan’s Colleen Rud), and the 1991 Canadian Mixed Championship (won by Manitoba’s Jeff Stoughton) were played at the Gardens.

“The exposure and economic impact to host this prestigious nine-day national championship that will showcase our city to a national audience on television made the investment from the Thunder Bay Community Economic Development Commission (CEDC) a logical decision”, said Craig Urquhart, the Chair of the CEDC.

“We’re excited to welcome Canada’s curling community and the thousands of spectators to Thunder Bay in 2021 that will add to our rich curling history,” added Paul Pepe, Manager of Tourism Thunder Bay. “The event is anticipated to generate millions of dollars in economic impact for our city and further solidify our national reputation as a leader in sport tourism development.”

It will be the fifth time the Canadian women’s curling championship has been hosted by the Northern Ontario Curling Association.

In addition to the 1969 and 1996 championships in Thunder Bay, Sault Ste. Marie was the location of the 1978 Canadian women’s championship (won by Manitoba’s Cathy Pidzarko) and the 2010 Scotties (won by Team Canada’s Jennifer Jones). Additionally, Sudbury played host in 2001 when Nova Scotia’s Colleen Jones won the first of a four-year run of Scotties titles.

Heather Houston’s Thunder Bay team won back-to-back Scotties titles in 1988 and 1989 — to date, the only time a team representing the Northern Ontario Curling Association has won the Canadian women’s championship.

“I know the bid committee members in Thunder Bay worked extremely hard behind the scenes to put together a strong package to convince Curling Canada to bring the 2021 Scotties Tournament of Hearts to their city,” said Leslie Kerr, Executive Director of the Northern Ontario Curling Association. “Curlers, fans and officials can expect a warm Northern Ontario welcome, and they will be treated to an event that will keep them smiling.”

The winner of the 2020 Scotties Tournament of Hearts next month in Moose Jaw, Sask., will be Team Canada at the 2021 Scotties.

Ticket information for the 2021 Scotties will be announced next month.

“It’s been a long but rewarding process to bring the Scotties to Thunder Bay, and today marks not only the end of the bid process, but the beginning of our hard work to try to make the 2021 Scotties Tournament of Hearts the best ever,” said Host Committee Vice-Chair Rick Lang. “We couldn’t be more proud of what we’ve accomplished with today’s announcement, and now we can get to work on making the 2021 Scotties a success on and off the ice.”