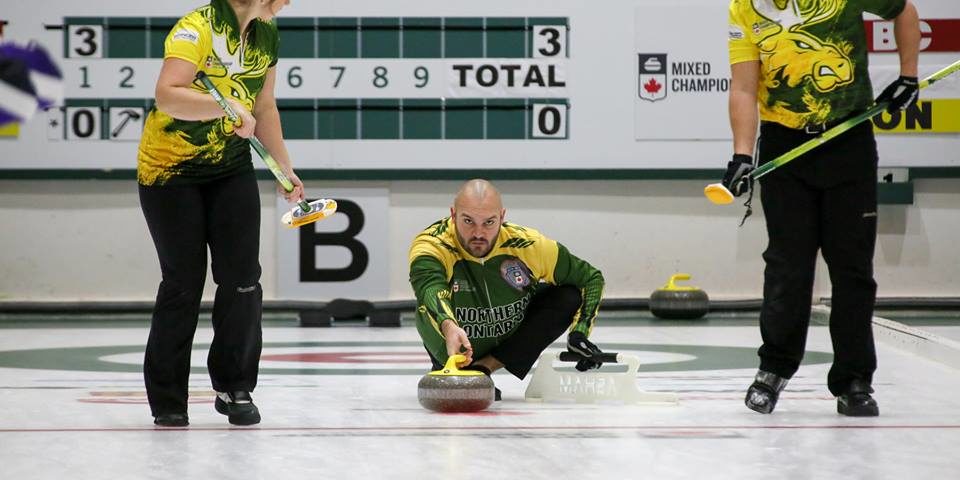 It was announced today that NOCA's provincial clothing supplier, Dynasty Curling Apparel, has become the Official Uniform Partner of Curling Canada (press release below) BUT they have one problem and they need OUR help! Dynasty Curling wants to create apparel that best represents the provinces and territories of Canada when teams participate in the Scotties Tournament of Hearts and Tim Hortons Brier, and they want your ideas on just how to do that! Here’s what they need from you:

*Unlimited entries between now and November 23 (1 Entry Per Post)*

Contest ends on November 23, 2018 at 4 p.m. CST. Prize is available to Canadian residents only. This contest is not sponsored, endorsed, associated with, or administered by Facebook. Winners will be notified via direct message and announced on Facebook on November 24, 2018.

PRESS RELEASE: Canada’s top curlers will be outfitted in Dynasty Apparel as part of a new partnership, it was announced today by Curling Canada.

The Winnipeg-based company, helmed by competitive curler Colin Hodgson, will be the Official Uniform Partner of Curling Canada in an agreement that will extend through the 2021-22 curling season.

“Dynasty Apparel put together an outstanding and creative proposal and made it an easy decision for Curling Canada,” said Katherine Henderson, Chief Executive Officer of Curling Canada. “Colin and his team have some great ideas and some proven uniform concepts and I’m positive they’ll be well-received by players and fans alike.”

Dynasty will produce the Canadian team uniforms for all world championship events, as well as the 2020 Youth Winter Olympics in Lausanne, Switzerland, and the 2022 Winter Olympics and Winter Paralympics in Beijing.

“We’re thrilled to have this opportunity to work with Curling Canada and our athletes,” said Hodgson, the owner and Director of Operations for Dynasty, as well as the lead for Reid Carruthers’ defending Manitoba men’s championship team from Winnipeg. “We’ve got a goal of making sure Canadian athletes look great on the world stage, in addition to providing clothing that will help them put together peak performances on the ice.”

In addition to the international competitions, Dynasty will also outfit the teams competing in Curling Canada Season of Champions events, including the Tim Hortons Brier, Scotties Tournament of Hearts, and the World Financial Group Continental Cup.

The uniforms are being produced in collaboration with Curling Canada’s longtime sponsors Kruger Products, Tim Hortons and World Financial Group, whose support includes the provision of athlete apparel at Season of Champions events.

“Dynasty gear is top notch and allows us to play in comfort all season long,” said two-time Olympic gold-medallist John Morris. “It also has an athletic feel that keeps us looking sharp on the ice.”

“Dynasty is all about being comfortable on the ice, and that’s important over the course of a curling season when you spend so much time in uniform,” added 2016 Scotties Tournament of Hearts champion Chelsea Carey. “We’ve always liked the look of the Dynasty product and we’re hoping we get the opportunity to wear Dynasty uniforms on the world stage as Team Canada.”

Fans will have the opportunity to purchase Curling Canada Dynasty apparel online through curling.ca as well as at dynastycurling.com.

As part of this exciting new partnership, curling fans are encouraged to take part in a contest and provide their input on what should be showcased on your province or territory's uniforms at events like the 2019 Scotties Tournament of Hearts and Tim Hortons Brier! Thirteen lucky winners will receive a #TeamDynasty hoodie (one hoodie per winner). Visit Curling Canada’s Facebook Page or one of Dynasty's social media outlets below to take part in the conversation online and enter the contest!

You can also offer your input via email (dynastycurling@gmail.com) or through Dynasty’s home page at dynastycurling.com.